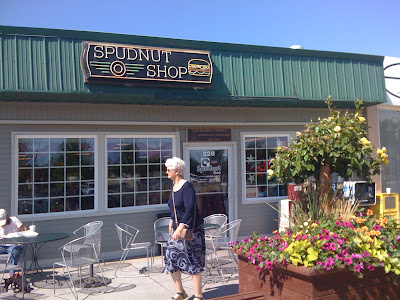 According to various sites, The Spudnut Shop in Richland, Washington, makes some of the yummiest 'doughnuts' in the US. Technically, spudnuts are not really doughnuts, as they are made from potato flour, but they look alike and taste very similar. 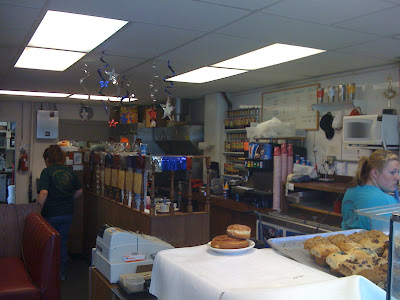 When we arrived at the shop, a disappointed woman just came out and told us: "they are out of donuts". With the desperation of a couple who had just taken a significant detour on a very long road trip, we entered the shop to be told the same by the already cleaning people. However, when M. pulled her "we drove here all the way from Oregon", they took pity on us and gave us a choice from a couple of orders that had not been picked up. We chose 3 out of 5, paid the ridiculously little money (they are only $.55 or $.65 a piece), and left happily. Unfortunately, when we tasted them, we were left disappointed. First of all, they didn't taste different than 'real' donuts (unlike the potato donut I had at the Hideaway Bakery in Eugene, which was much much more tasty). Second, they tasted like ordinary donuts, not even good ones. 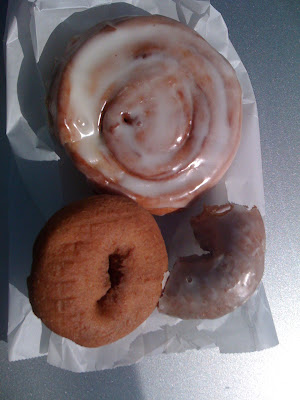 VERDICT: 64/100
I honestly don't understand how The Spudnut Shop can feature on these lists of best donuts in the country. They shouldn't even be mentioned in the same article with the Voodoo Doughnut! I guess the only things they have going for them is very nice staff and low prices.
Posted by Grondhopper at 10:04 AM