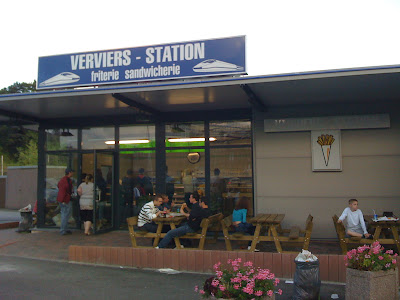 This friture was a tip of a friend of my brother T. and clearly, he knew what he was talking about. It is one of three snack bars around the railway station of Verviers, in the Walloon region, but by far the busiest. 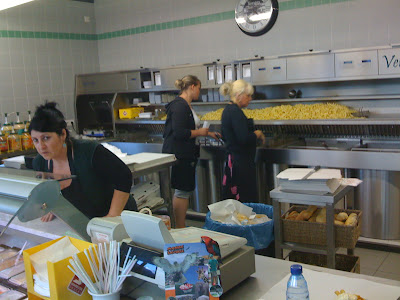 Despite the abundance of choice, we went for our usuals. I ordered a medium frites with mayonnaise and a vuurvreter (fire eater) with samurai sauce, while T. went for a large fries with pickles and samurai as well as a cheese soufflé. The fries were very freshly cut and fried crispy. They were filling without being overly fat. The snacks and sauces were excellent too, though from the regular distributor. I don’t remember exactly what we paid for it, but it was roughly one-third cheaper than in downtown Antwerp. 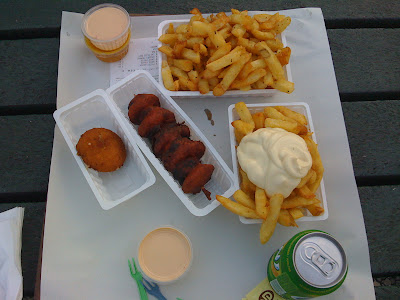 VERDICT 90/100
After eating here, it made perfect sense why it was this particular friterie that had a long line of customers, whereas the others were largely empty. Friterie Verviers Station has great fries, excellent snacks, quick (if not particularly friendly) service, and very acceptable prices.
Posted by Grondhopper at 5:59 PM