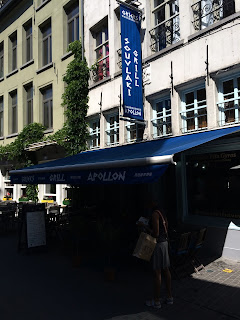 Appolon is a relatively new Greek restaurant/gyros place in a street locally known as the “Pita Street” because of its many kebab places. They have a full menu of traditional Greek food as well as a broad selection of pitas. Although they have an excellent Dutch language website, the guy who functions as the waiter this early afternoon speaks no Dutch and hardly any English. He seems generally very unhappy to have to work. 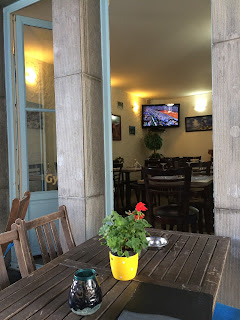 I get a Pita Gyros (€4), which looks to be made traditional style: thick Greek pita, onion, tomato, tzatziki, and fries. However, the thick pieces of pork are oddly seasoned, kind of paprika taste, and are mostly fat. 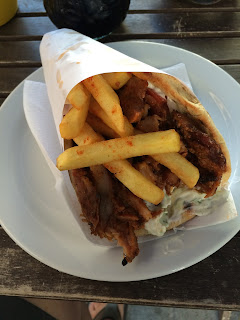 VERDICT: 80/100
Mediocre but filling and fairly affordable.
Posted by Grondhopper at 6:12 PM