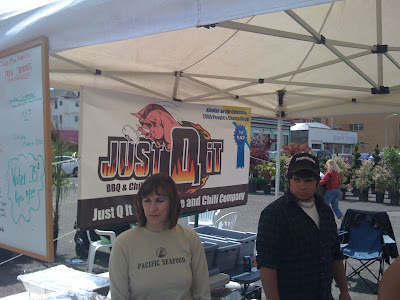 While driving through Astoria I stumbled upon their Sunday Market, which featured a wide variety of food stands. The one stand that caught my attention was Just Q It BBQ & Chili. As far as I could find out, they don't have a restaurant, but only work the market. I had a chat with the nice people at the stand, who told me they were collecting money to go to the chili cook-off in Texas -- their chili came second in the Oregon competition. 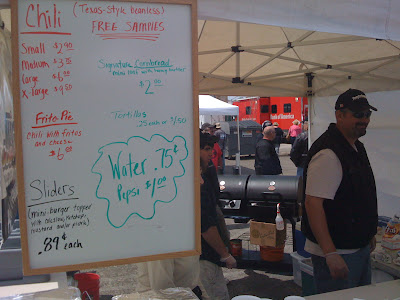 I first ordered a small chili ($2.90), which smelled absolutely amazing. It was a Texas-style beanless chili with a deep red color and full of shredded meat. The tasty was zesty and just perfect. Hence, I bought an extra large cup (at $9.50) and took it home. I also bought a slider ($.89), which consisted of a freshly grilled patty, ketchup, mustard, pickle, and... coleslaw! Odd? No, delicious! 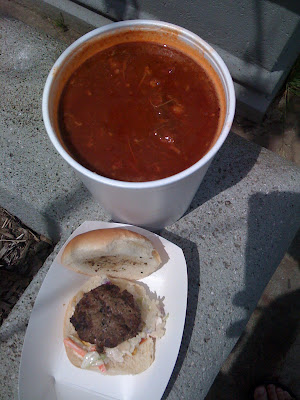 VERDICT: 90/100
If you are in or around Astoria, Oregon, between May and October, go to the Sunday Market and order whatever you can get into your mouth and stomach (allegedly, the buttered cornbread is delicious too). And to the people of Just Q It BBQ & Chili, open up a chain of restaurants! Oh, and good luck at the chili cook-off in Texas!
Posted by Grondhopper at 11:34 PM