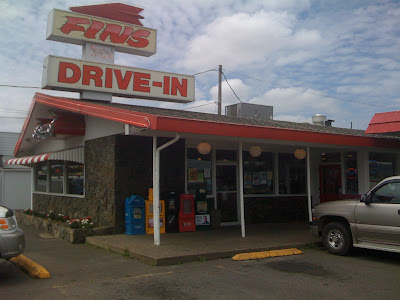 I had passed Fins Drive-In many times before, always saying that I should go there, but it would be the day before I leave Eugene that I finally went. Fins is an old-school diner/drive-in situated on Springfield's (at times dodgy) Main Street, which has survived for decades. 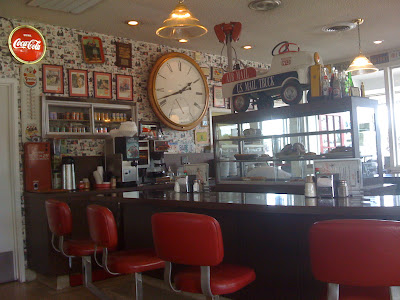 M. went for a veggie burger basket with fries, while I went for the Double Fins Burger basket with onion rings. We also shared a small cherry shake. This together came to a total of $16.85; not cheap, but also not very expensive. Unfortunately, the burgers were not very good; the veggie burger was similar to the one at Safeway's, while the Double Fins tasted fairly similar to a Big Mac. The good thing was that both the crinkle-cut fries and the beer-battered onion rings were tasty )even though both were probably also not originally made). The cherry milkshake was creamy and sweet. 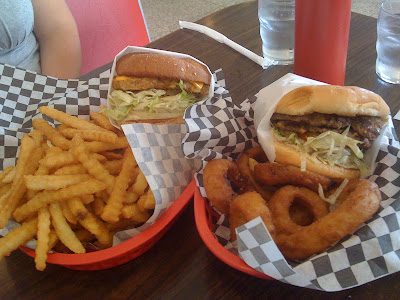 VERDICT: 68/100
Fins Drive-In is an authentic old-school diner/drive-in, where the sides are better than the burgers. Given that Giant Burger is only a minute away, I would advice real fastfoodies to go there.
Posted by Grondhopper at 11:19 PM