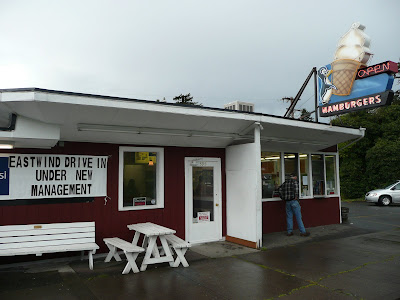 Eastwind Drive-In has been a touristic staple since the 1940s, but recently went out of business. However, since mid-April 2009 it is open again, under new management, to the clear delight of locals, who were lining up on both outside counters (one is a drive-thru), mostly for ice cream. 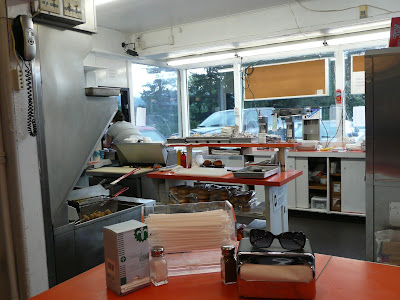 I went inside, to sit at the small counter, and ordered a bacon burger ($4.65), small fries ($1.75), and small cherry shake ($2.15). Clearly the place still has to find its rhythm, as it took ages for my food to arrive, and it was at best lukewarm. The burger was mediocre, with a bland sauce, the fries thin and tasteless. My shake, which took even longer, and a kind reminder, was extremely sweet as a consequence of an overkill of cherry syrup (which made it also almost impossible to drink through the ridiculously small straws). 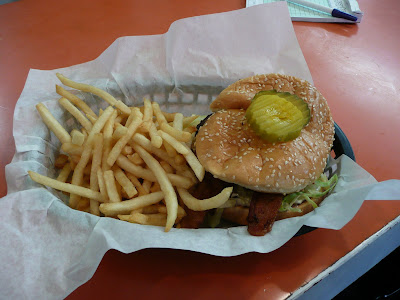 VERDICT: 57/100
This place might pick up after a couple of months under the new management, but just to be safe, I would advice the Char Burger further up the street!
Posted by Grondhopper at 11:25 PM