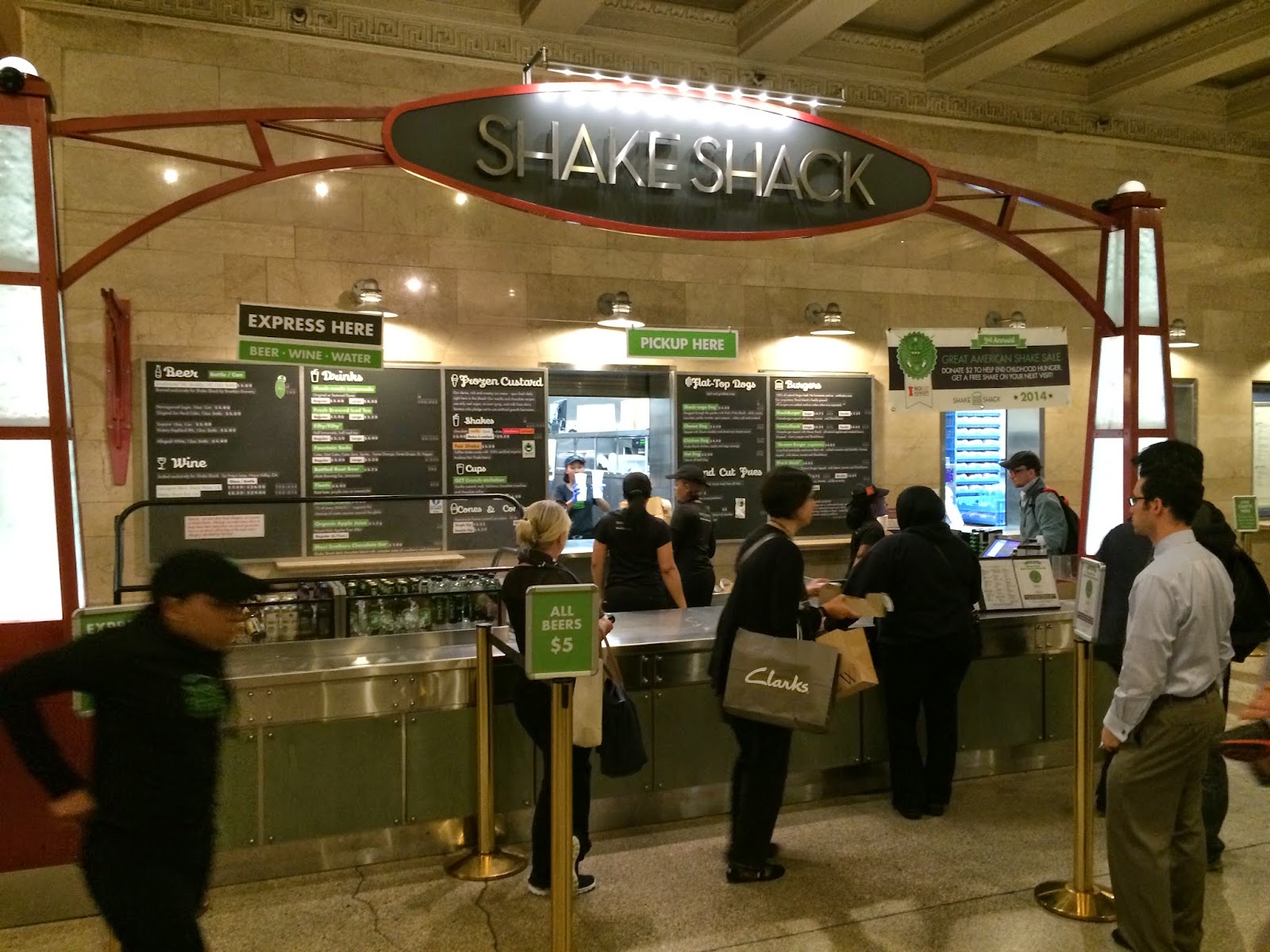 Shake Shack started out as a food cart in Madison Square Park in New York City, 2001-2003. They then started a franchise restaurant model with various locations throughout the city – including in City Field (Mets stadium) and in the excellent food court of Grand Central (train station). Today they have 34 locations in the US (e.g. Florida, New Jersey, Pennsylvania) and abroad (Middle East, Russia, UK). Shake Shack works with organic ingredients, preferably local, and serve only burgers, hot dogs, fries, and shakes. 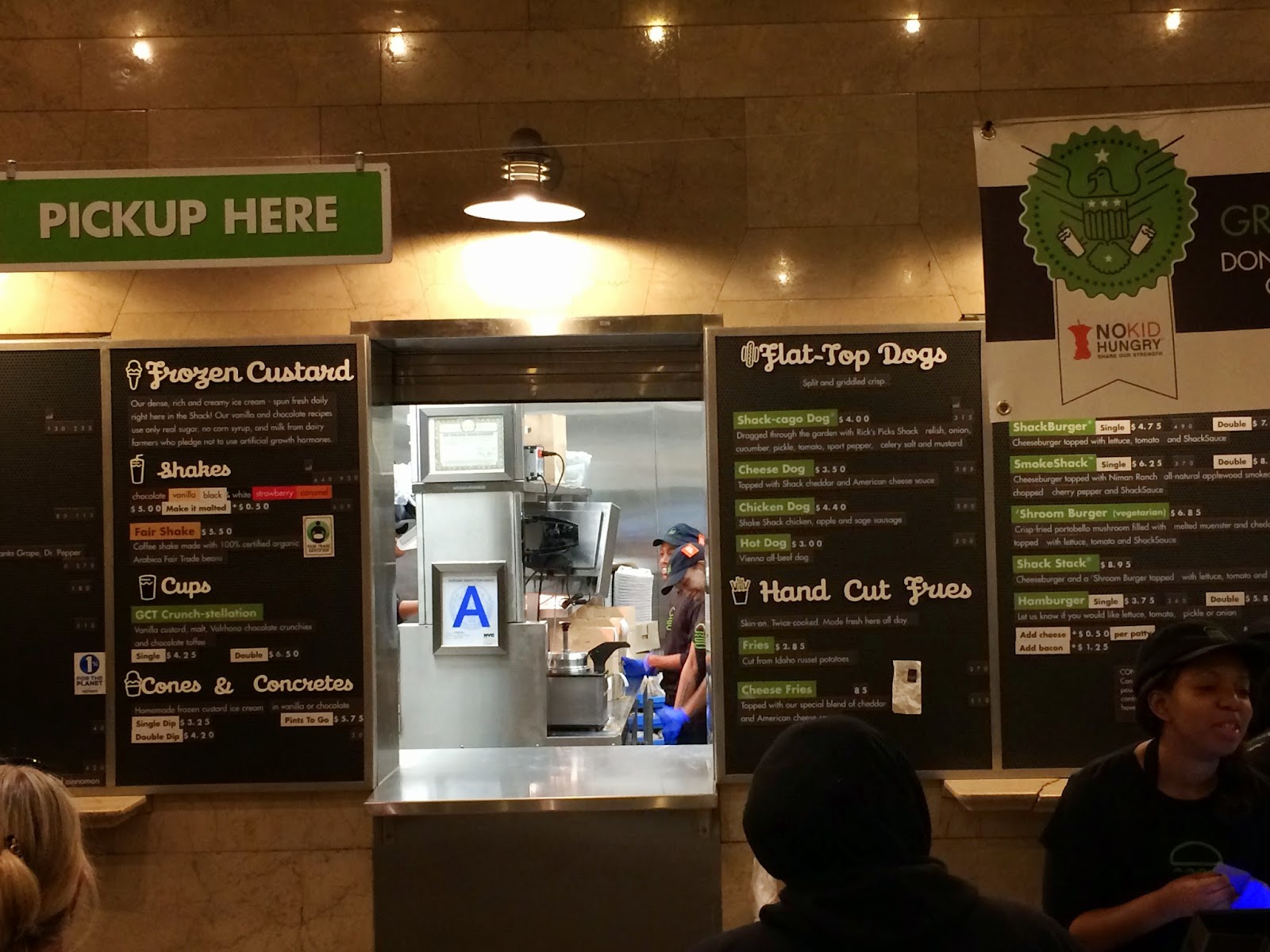 I start with the Fresh French Fries ($2.85), a decent portion of freshly cut shoestring fries. They are quite soft but have a good potato flavor. I also get the Burger ($3.75) with Shack Sauce ($0.50), Cherry Peppers ($0.50) and Bacon ($1.25) - I actually ordered the Smokeshack ($6.50) without cheese, but they ring it up separately to save me $0.50. The burger doesn't look special, but is excellent. The bun is soft and soggy, the patty tasty and perfectly prepared (though thin it is medium) and the sauce and cherry peppers give it a fresh spicy flavor. I later go back for a Strawberry Shake ($5), which is rather small for the price. It tastes quite sweet and very creamy. Not really my kind of shake, but many will like it. 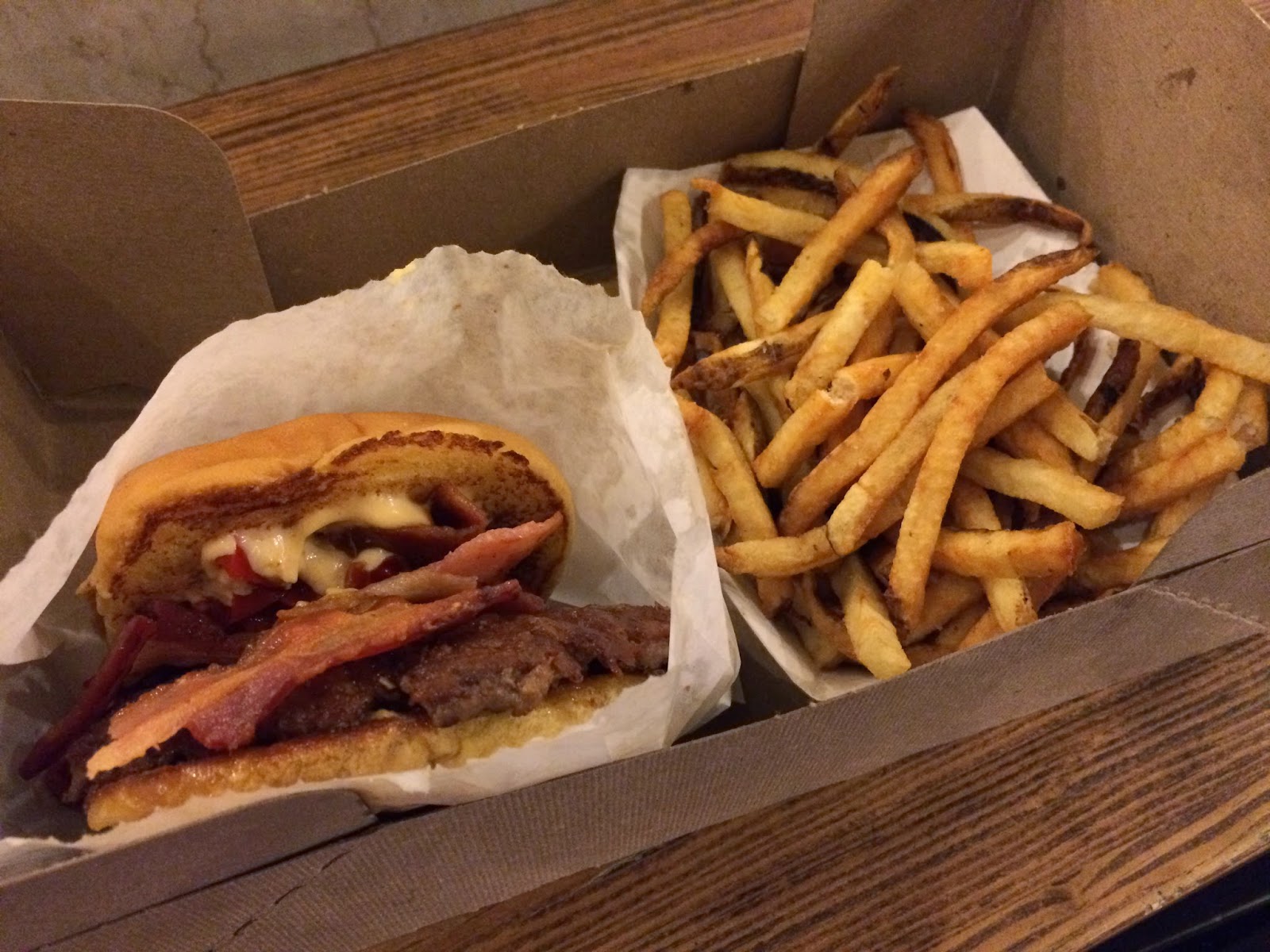 VERDICT: 94/100
One of best upscale fast food burgers I’ve had so far. The fries are good too, but the shakes are a bit overpriced and too creamy and sweet.
Posted by Grondhopper at 4:06 PM