Howard Beach Bagel Cafe is the Howard Beach location of a local chain of some ten bagel cafes. It is a large bagel cafe/deli that opened up about a year ago on the main street of Howard Beach, on the same block as the established Old Country Bagels. It serves the usual: homemade bagels, sandwiches, and spreads. 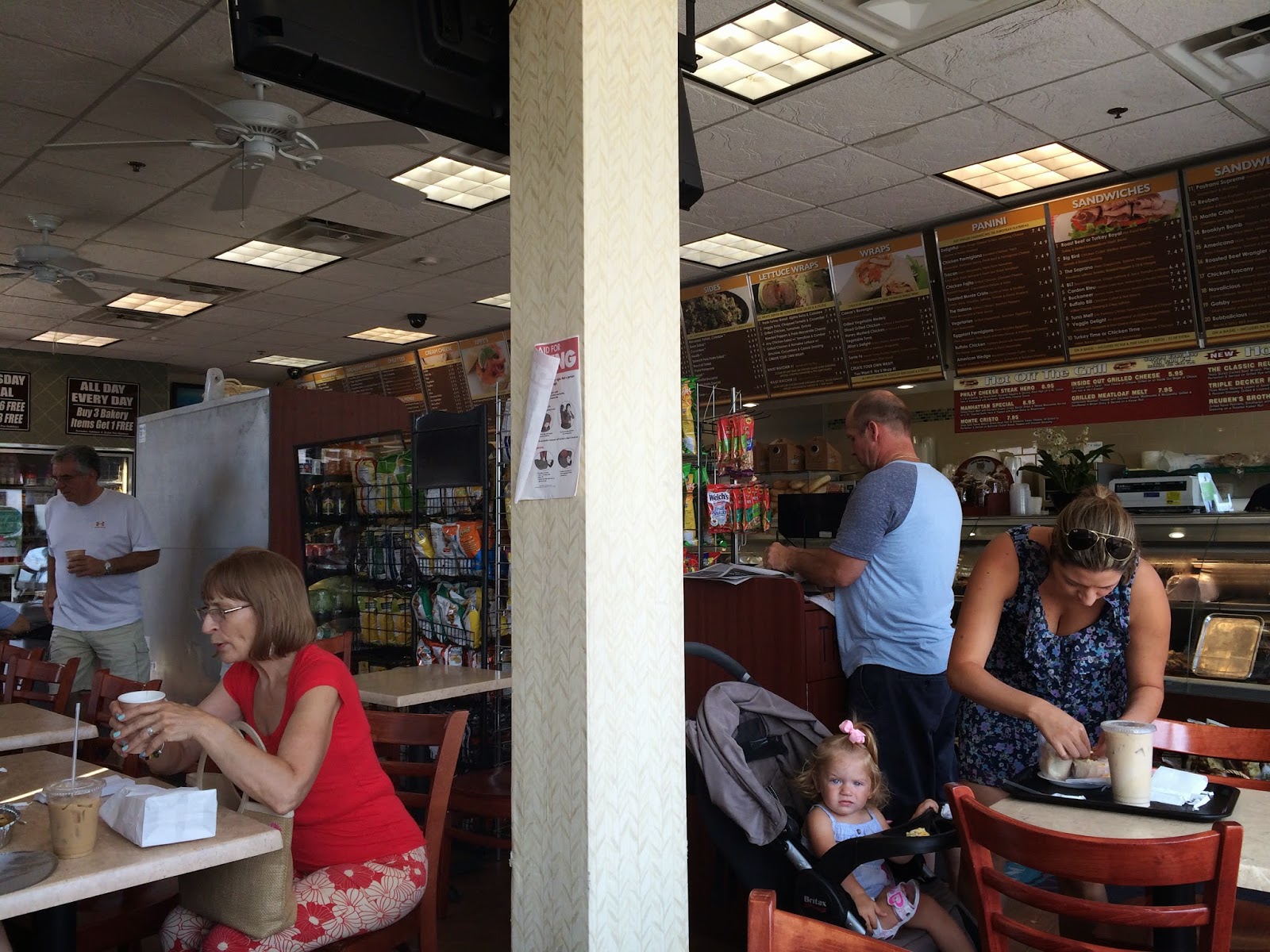 I have a bacon and egg salad on an Italian hero with sesame seed. The bacon is crispy and the egg salad chunky; perfect combination on this soft hero with a nice chewy crust. As a side I get coleslaw, which is very creamy. I also get a veggie tuna salad on a poppy seed bagel ($7.39). The bagel is fresh, chunky, and not (too) sweet. The veggie tuna is creamy without being overly mayo-ish and has fresh crunchy veggies in it. As a side I get cucumber salad, which is chunky and fresh. M. gets an everything bagel with veggie cream cheese ($3.55). The bagel is solid and the cream cheese yummy. 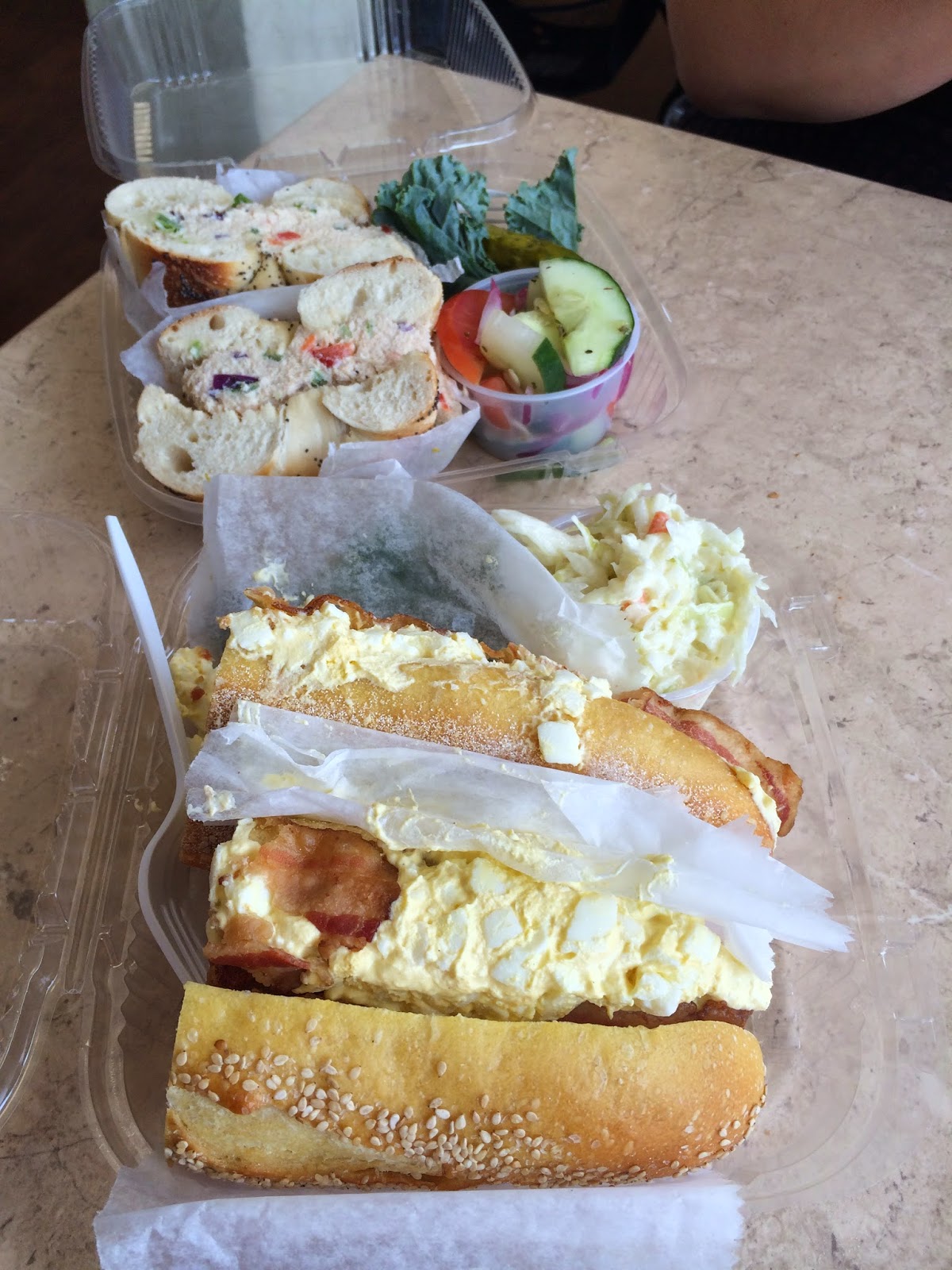 VERDICT: 87/100
The Bagel Cafe is an excellent bagel place and a real competitor for the also excellent and well-established Old Country Bagel further down the road.
Posted by Grondhopper at 4:57 PM