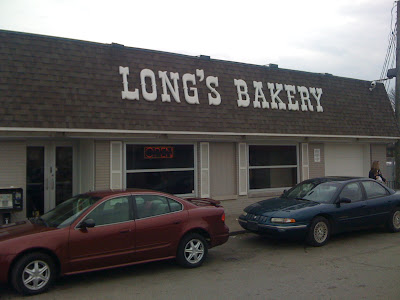 Why didn't I go here earlier? WHY??? M and I moved to Indy almost 9 months ago, and only today we made it to Long's Bakery. I can assure you the next time won't take that long. Tucked away in a poor part of the city, Long's has a huge local following. While standing in the long line, several patrons in the long line told us stories that made our mouths water. 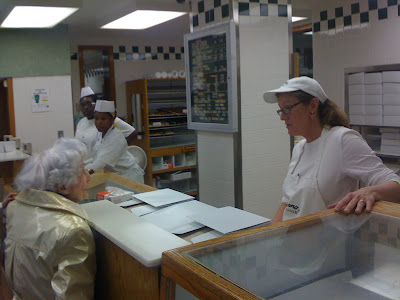 We ordered half a dozen donuts: two yeast original glazed, their signature donuts, one cinnamon-nuts, one cinnamon-apple, one glazed chocolate cake, and one cinnamon. All together these babies only cost $3.60. The two yeast original glazed donuts were still warm and absolutely divine. The cinnamon-nuts was filled with cinnamon and had nuts on the glazed top -- a heavenly fest of sweet tastes. The other two cinnamon donuts where lighter, but almost equally sweet and tasty. The chocolate cake donut was the only one I didn't like must, but M. devoured it, just regretting that she didn't have milk to dip it in. 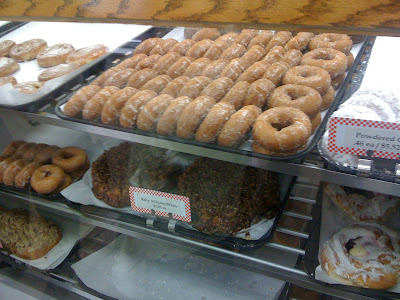 VERDICT: 92/100
Long's bakery is the second best donut shop I have visited in the US. It is up there with the Voodoo Doughnut in Portland, Oregon. It's yeast original glazed donuts are fantastic, and can simply be sucked when warm. Only Voodoo's maple bacon bars top them!
Posted by Grondhopper at 6:44 PM