Spijssalon (The Hague, The Netherlands)

Frederik Hendriklaan 230B, 2582 BM, The Hague, The Netherlands

Spijssalon is a relatively new ice cream place in a street that has at least two other good ice cream places. They produce artisanal ice cream, similar to Italian gelato, and most of their favors are classics. They also have another location in The Hague. 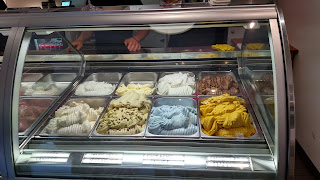 I get a horn with two scoops, yoghurt with fruit and stracciatella. Both were decent sized and tasted pretty good, though not as good as real Italian gelato. 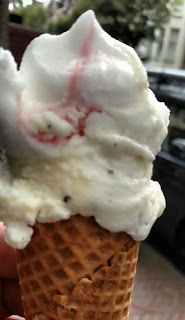