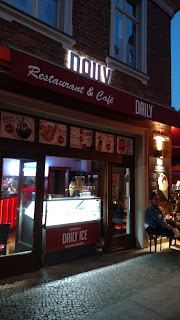 Daily is a new, self-declared “trendy” restaurant in downtown Potsdam, which serves burgers, coffee, and many other things, including ice cream – which can be ordered from outside in a special stand. I get two scoops (€2.80): hazelnut and limette. Both are remarkably bland and mainly creamy. At a certain point in time I couldn’t even distinguish the two anymore. 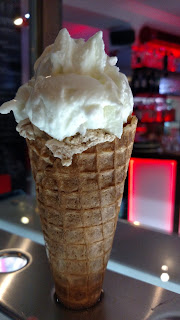